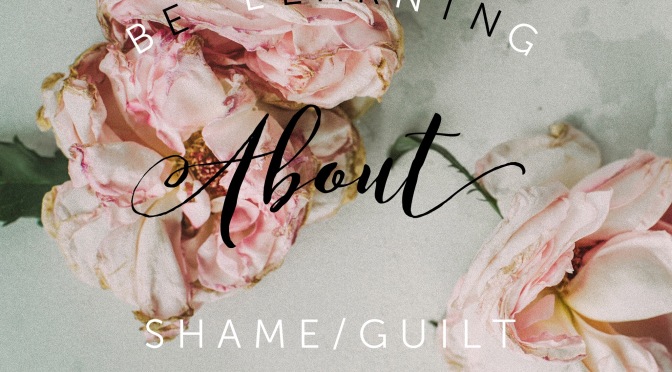 Brene Brown is the shame expert in our generation, but I want to add my two sense as shame has been my game for most of my life.  I have been shamed, shamed others and watch people shame.  It’s powerful emotion and one that can be used as a tool to destroy!

Your belief in yourself.

First, let’s talk about the difference between shame and guilt to get this emotional, mindset roller coaster rolling down the track. 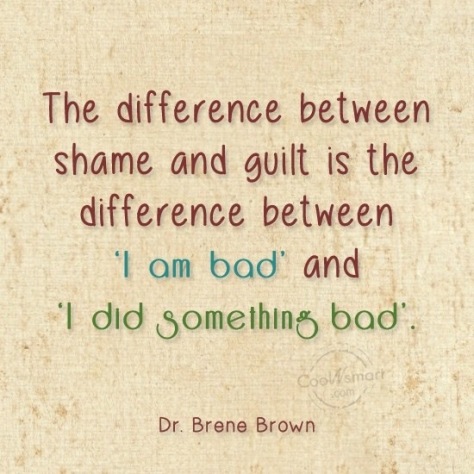 For me, the difference between shame and guilt involves the external versus the internal.  Have you every had anyone ‘put’ something on you, that’s most likely shame.  My most recent example was when someone criticized what I said during a conversation they overheard and then, without me asking for feedback, they told me what I ‘should’ have done.  When I get ‘should’ on, I know it’s shame.   Someone is trying to tell you what to do and wielding the shame sword to get you to do it.    My father recently told me that “I thought mom and I had brought you up better than that.” Yup, I am 43 years old and that is called good ‘old’ shame.

Guilt for me is a super power that comes from within.  It moves you to deeper places.  It helps you grow.  It’s the feeling inside, “Oh, I could have done that!”  You realize your mistake and seek answers to make it better for next time.  It completely happens within.  It could have been triggered by an external event or conversation but no one ‘put’ anything on you.  It’s 100% coming from you.  This happened recently with something I ate.  I felt guilty afterwards because it wasn’t fueling my body but instead was feeding an emotion.  My guilt allowed me to move into a new place thinking about fuel versus feeling foods.

Your belief in yourself.

Free to live your life.

Free to listen within.

Everyone living without shame ‘put’on each other.

Free to get off the shame roller coaster.

Free to step aboard the guilt train.

Days I Have Blogged —

"Be a human BEING, not a human doing!"